Stomach botox is a non-surgical method that forms a basis for losing weight by extending the duration of feeling of fullness in order to reduce the food quantity that the patient consumes. The treatment that was approved as a result of longitudinal studies for the patients who refrain from the surgical methos, was started to be used in Turkey after Europe and Turkey. It is known as the best treatment option for the patients who are complainants about their weights, have problems with their diet programs, can not manage their weight-loss process as they should, have problems about weight-loss because of their health problems. 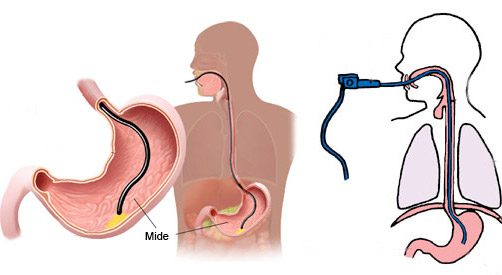 How is the stomach botox implemented?

Stomach botox that is a bariatric intervention, is based upon extending the feeling of fullness of the patient by blocking the muscles and neurons that effect the feeling of fullness and hunger.The treatment that is implemented by endoscopical method takes approximately 20-30 minutes. Since the patient is sedated during the operation, he/she will not feel any kind of pain. Therefore this treatment method can be considered as a very comfortable method. The outflow of the food from the stomach is extended by slowing downd the muscular contractions of the stomach. Thus the duration of feeling of fullness extends, and loss of appetite and less food consume is obtained through the nerve blockage.

To whom the stomach botox can not be implemented?

Stomach botox can be implemented to everybody whose body mass index is less than 35, who do not have stomach problems or botox allergy, who has disharmony with their diet programs and who are complainants of  excessive weight. However, there are some health problems that prevent the treatment. In the following cases stomach botox is not recommended;

* In Estetikland, The stomach botox treatments are implemented by assoc.  Assoc. Doc. Ali Durmuş. General surgery specialist Durmuş, realized his compulsory service as a Lecturer in Okmeydanı Training and Research Hospital after being an expert. He worked as an assistant professor in Nişantaşı University in 2015. After that he had his associate professorship in America International University.